IN THE KITCHEN WITH MORRIS AND…

What could be more French than painting and fabulous food?  Several Amelia Island Plantation artists were treated to just that in October.  When the Jill Steenhuis workshop was forced to go virtual due to travel restrictions because of Covid our artists stepped up and continued on with the workshop, including a French lunch prepared by Morris and Sally Marx. 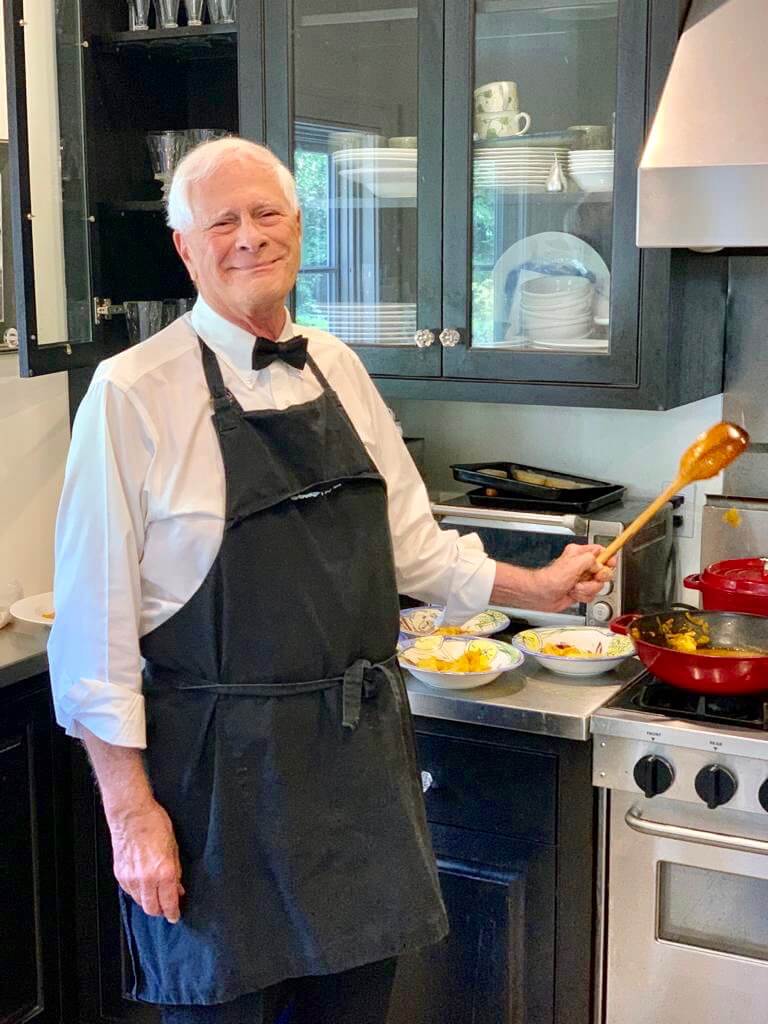 Morris’s love affair with anything French probably began with his exposure to  New Orleans and taking french while attending Tulane University.  He spent 11 years as a faculty member at Vanderbilt University teaching math and statistics, meeting and marrying Vanderbilt student Sally Marx.  After time at the University of Oklahoma and Ole Miss he spent 14 years as president of the University of West Florida in Pensacola, before retiring to Amelia Island.

During their time in Pensacola, Sally started auditing an art class each semester for fun.  After taking a variety of art courses she started to concentrate on ceramics.  Sally continues her love of pottery here on Amelia Island at Clay Times.  She credits Barbara Hopkins for encouraging her to try painting.

When asked how they started their love of anything French, Morris responded,  “Our daughter, Laura, was on a Rotary Scholarship at Cambridge University, when her college roommate offered the use of the family apartment in the heart of Paris.  They quickly agreed to join her there, and so began their love affair with France.”  This was in 1996.

When they began regularly traveling to France they would always go the 2nd week of May after the university’s spring semester was over. “Our typical routine was to fly to Paris, take the train to Avignon for several days, then some other part of France.  We would stay for two weeks, always finishing our trip in Paris.”

Morris spoke of the importance of the French lunch and how it is such a part of the day in France.  “It is common for French shops to close for two hours mid-day to properly attend to lunch.  So in honor of Jill’s home in Aix-en-Provence, we thought a French lunch on the first day would be an appropriate part of the workshop.”

Green salad with a vinaigrette dressing made with French olive oil

French baguette with French butter that Sally brings home from France and freezes. 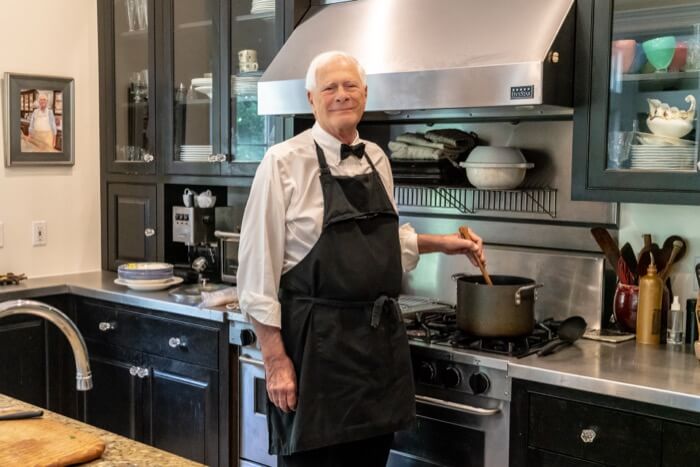 “Bouillabaisse is one of those fish soups, like gumbo or cioppino, that has as many recipes as there are families or restaurants that cook it.  It began in Marseille as a way to use the bony fish that couldn’t be sold in the markets.  Now many recipes suggest monkfish, sometimes called the poor man’s lobster.  The essential elements, though, are the anise flavor from fennel and a spirit like Pernod or pastis, plus saffron and some form of orange flavor.  You must use fresh seafood;  I used cobia and shrimp.  And like any fish soup, a good seafood stock adds lots of flavor.  Homemade stock is worth the time and effort, but if that’s not possible, SeaBags is a powder to be mixed with water to make a passable stock.  I made my stock out of shrimp shells and Dungeness crab shells.  Our local seafood market will gather shrimp shells, fish bones, and so forth, if you call in advance.  They will also recommend the seafood to use based on what is the freshest.

The bouillabaisse was based on the recipe in the book, ‘Little Paris Kitchen” by Rachel Khoo (https://halfseriouscook.wordpress.com/2013/06/23/bouillabaisse/)

The soup is usually served with a toasted slice of baguette floating on top.  Then rouille (a mayonnaise type sauce flavored with red bell pepper and garlic) is passed around to be added for extra flavor.”

Morris and Sally also served  an ile flottante (floating island) for dessert.  It consisted of “islands” of meringue floating in a “sea” of creme anglaise, a creamy vanilla flavored sauce. They also served an apple galette.

And of course the lunch was toasted with a French Rose! 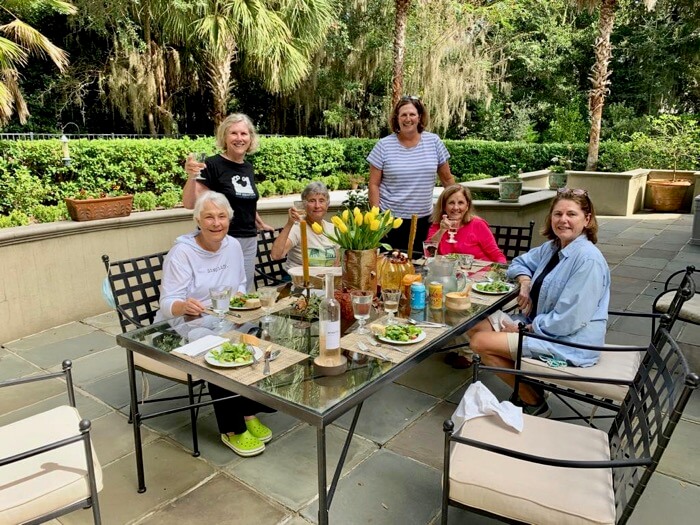 Thank you Morris and Sally for sharing your French lunch with us.

Thank you to our readers for joining us In The Kitchen.  Please let us know what you think and who we should feature.  Do you know someone who loves to cook?  Tell us. And just because we are talking In The Kitchen doesn’t mean you have to have a newly remodeled kitchen. You might like to tell us about your dining spots…or a family story about how you learned to cook.  Or share a few favorite recipes. Let us hear from you.  We’d love to know your specialty!

FROM OUR TABLE TO YOURS…HAPPY 4TH OF JULY

FROM OUR TABLE TO YOURS...HAPPY 4TH OF JULY On the 4th of July, Americans... continue reading

I  think all of us have favorite go to recipes we always fall back on when it... continue reading

A SPRING EVENING IN FRANCE… A BOYS & GIRLS CLUB FUNDRAISER

The Art of: Art, Entertaining, Food

What an exciting Wednesday we had! THE MILLER FAMILY AND CHEF CLAY, (CLAY... continue reading